Our oceans are vast, but are not immune to human influence. We have already altered or destroyed marine ecosystems and driven species into the brink of extinction. As part of our mission to protect our oceans, we have adopted the following initiatives that we believe will help bring communities together, educate them, and promote sustainable practices. 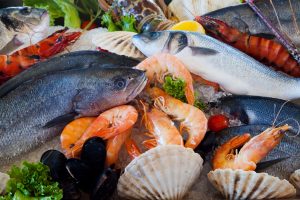 The oceans are overfished. Our consumption is not sustainable. Species collapse is happening in oceans around the world. We can create a true shift to sustainable seafood and still eat the things we love — it doesn’t require giving up all seafood. We just have to make the right choices at the grocery store and at restaurants.

Our current consumption rate is causing fish populations to crash. It also hurts the marine ecosystems that provide us many other things, from oxygen to jobs and recreation. Eating more sustainably harvested seafood is critical for fishermen, consumers, fish, and a future that has any seafood at all. By raising awareness of an issue too many people do not know about, we will inspire people to eat sustainable seafood. 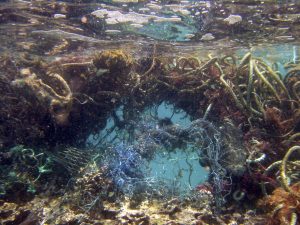 There are tons and tons of plastic in the ocean. It breaks down into smaller pieces, but never goes away. Marine animals eat it and become sick or die. Unknown numbers of animals die this way each year, and the toxins are beginning to make their way into our food stream.

The plastic is entering our food stream through the sea life we eat. The breaking down of plastic into toxins that are then ingested by fish and other ocean species sends toxins up the food chain, impacting your dinner plate. The first step is awareness through bringing attention to plastic pollution via community outreach. Second, we will encourage people to reduce the amount of plastic they use, by using cloth bags when they shop, and limiting the use of things like straws, utensils, water bottles, to-go cup lids, and disposable packaging. Third, we will provide tools for people to use in their community to create public awareness of plastic waste. 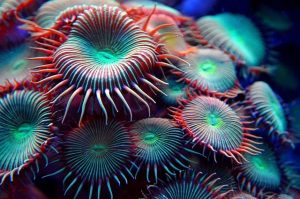 In addition to market-driven solutions, we need legal protections to protect vulnerable ocean habitats. Less than 2% of the ocean is protected, compared with 12% of our land resources, yet the ocean makes up 71% of the planet.

Since we depend on the ocean for oxygen, food, jobs, and recreation, ocean protected areas impact you personally by ensuring your ocean is healthier. Numerous marine areas have shown significant rebounds in species diversity and population levels within five to ten years after gaining protections, actually boosting things like fishing and ecotourism. The preservation of critical marine habitats ensures that you have all the benefits the ocean provides. We will provide film footage and photos of existing and potential marine reserves for our partner organizations to use. We will encourage people to learn more about marine protected areas and visit them whenever possible.