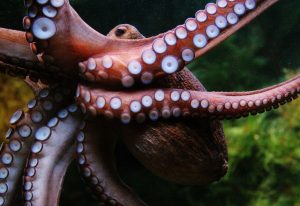 Cephalopods, crustaceans and other shellfish play important roles in maintaining healthy ocean systems. Many of these organisms are the focus of major fishing industries. 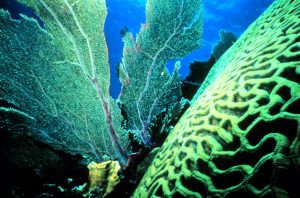 Corals and Other Invertebrates

Oceans are home to a diverse assortment of corals, starfish, jellyfish, sea slugs, kelp and more. Corals are living creatures that often live in compact colonies and build up coral reefs, the biggest of which is the Great Barrier Reef off the coast of Queensland, Australia. Corals and other invertebrates face major threats from climate change and destructive fishing. 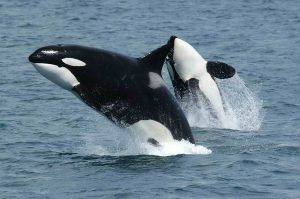 Dolphins, whales, sea otters, and other marine mammals are some of the most captivating animals in the world. Many of these marine animals adhere to complex social systems and exhibit remarkable intelligence. 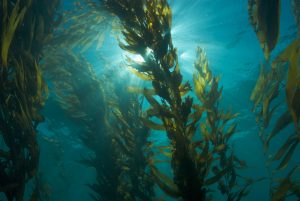 Marine science and ecosystems are crucial to understanding how to keep our oceans and marine life healthy and abundant. Ecosystems widely vary from fjords in Scandinavia and Chile to common beaches to deep hydrothermal vents. 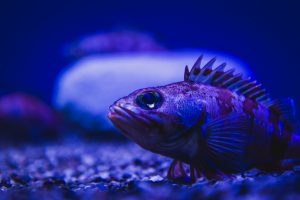 Some estimates report the world’s oceans are home to 20,000 species of fish. Ocean fishes come in all shapes, sizes, colors and live in drastically different depths and temperatures. Despite this diversity, the United Nations Food and Agriculture Organization reported in 2016 that 89.5% of fish stocks are overfished. 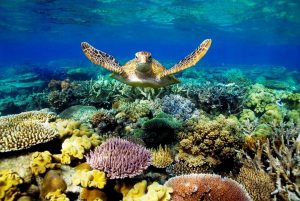 Sea turtles have been around since the time of the dinosaurs, but all seven species in the world face potential extinction. 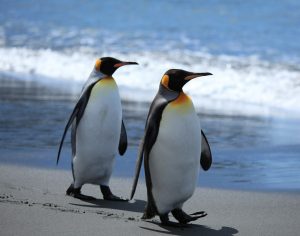 Oceans aren’t just for fish. Seabirds depend on healthy oceans for food and much more. From the emperor penguin to the brown pelican, seabirds come in all shapes and sizes (some can’t even fly) and play a vital role in ocean ecosystems. 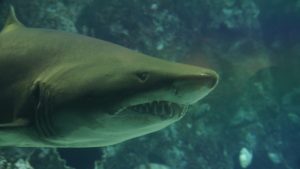 Sharks have played a vital role in maintaining healthy oceans for hundreds of millions of years as a top predator. More than 450 species of sharks cruise the world’s oceans. But today, nearly one in four sharks and their relatives are threatened with extinction. A major cause is the demand for shark fins. Every year, fins from as many as 73 million sharks end up in the global fin trade.